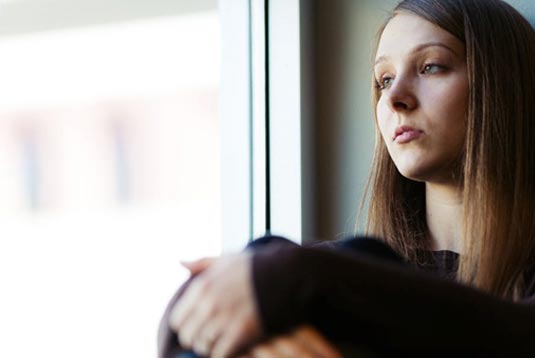 Rape and sexual assault are incredibly traumatic and soul-distorting.  We know it is imperative that crisis intervention take place as early as possible for such acts of interpersonal violence. Research reveals how to be best equipped to aid victims of rape and sexual trauma.

Immediate intervention is crucial after a person experiences the trauma of a sexual assault or rape.  How can counselors best help a victim of sexual assault?  What are the immediate needs of the person?  What factors can help a person recover?  It is critical to effectively and immediately intervene and plan for successful ongoing recovery of the sexual assault victim.

Trauma is defined as an event outside normal human experience (as described in AACC’s Stress and Trauma Care training program).  Since the event is considered abnormal and outside human experience, powerlessness is a key characteristic experienced by the victim.  After experiencing trauma, a person’s sense of safety and attachment to others is “scrambled;” there is a loss of a sense of safety and of connection to others and God.  Posttraumatic Stress Disorder, or PTSD, is a normal reaction to an abnormal situation that is characterized by both an ongoing re-experiencing of the trauma and increased arousal, as well as numbing of responsiveness.

Sexual Assault is unwanted sexual contact that stops short of rape or attempted rape. This includes sexual touching and fondling . Some states use term “sexual assault” interchangeably with rape.  Rape is non-consensual sexual penetration obtained by physical force, threat of bodily harm, or at a time when the victim is incapable of giving consent due to mental illness, mental retardation, or intoxication.

Immediate Needs of the Victim
After a rape, survivors may be openly upset, even hysterical, or they may be numb and seemingly calm. It is important to immediately obtain medical assistance.  Physical wounds must be addressed.  It is often necessary to obtain a PERK (Physical Evidence Recovery Kit) exam, also called “Rape Kit.”  A PERK exam can be completed, whether or not the victim decides to prosecute the perpetrator.  PERK exams are crucial to prosecuting the perpetrator.  During immediate intervention, the victim is not to shower, gargle, or change clothes.  This is important for a PERK exam to be successfully completed.  It is still the victim’s decision of whether or not he or she will choose to have a PERK exam.

Feeling safe is a monumental immediate need of a rape or sexual assault victim. Rape is a traumatic violation of a person. Especially in the beginning, it is often difficult for victims to be alone. Crisis intervention with the victim must be held in a safe place, and the victim should be returning to a safe place.  It is best for the victim to schedule safe others to be with them in the coming hours and days.  It is preferable to have around-the-clock social support.

Being believed is critical for healing. With date rape especially, victims need to be believed that what occurred was, in fact, a rape.  They also need to know it was not their fault. A common response for rape victims is guilt and self-blame; to feel that the attack was somehow their fault.  Sadly, this feeling is often reinforced by others, even those closest to them. Counselors anticipate this, and gently reassure the victim that the assault was not their fault.

Victims need to regain control of their life. When a person is raped, they may feel completely out of control of what is happening to them. A significant step on the road to recovery is to regain a sense of control in little, as well as big things. “While clinicians and researchers are busy trying to determine the most effective approaches and techniques, survivors are concerned about support, validation, kindness, and most of all, empowerment” (Drauker, 1999).

Wholistically Assessing the Victim and Situation

Stages of the Healing Process

The presentation of shock (also referred to as “disarray”) may vary from “numb and stunned” to mutism to being hyperverbal/hyperactive. The victim is generally very distracted (may appear to have ADHD), unfocused, and may go off on tangential thoughts; speech may not make sense.   This stage can last anywhere from hours to weeks or months.  Typical reactions at this time might include saying “I can’t feel anything” or “I can’t think clearly.” Disorientation and high levels of anxiety are common.

Denial is also a common response.  Some deny the event altogether, and others may state it didn’t “bother” him/her.  The stages of shock and denial can be long-term, and can take severe mental and emotional tolls on victim.  Most blaming is typically directed at the self.  Victims may focus on thoughts such as: “If only I didn’t…”, or “I should have…”, or “I shouldn’t have…”  Making matters worse, this self-blame is easily exacerbated by supporters like friends, family or investigators.

Pain (also referred to as “anguish”) may be focused on the gut-wrenching loss, particularly if the victim knew the perpetrator—connected to memory and “what was.”  Pain usually covers two issues:

At some point, pain demands a reaction. For victims of sexual assault, this reaction is usually anger.  The anger might be directed at self – seen when the victim is intensely focused on their own behaviors (self-injury and substance abuse are common), or might be focused on others – either the attacker, in particular, or directed at anyone/anything that can become the focus of the feelings, even innocent bystanders like spouses, family members or friends.

Learning to recognize and adapt to a life that is forever changed, a life that can change in many different ways, shows the victim has experienced integration/acceptance.  The time, effort, and method of reaching this stage differ with each individual. There’s no “schedule” for when a person “should recover.”  The unfortunate fact is that many victims don’t reach this stage – and certainly those who don’t seek assistance have even smaller chances for leading healthy, fruitful lives after sexual assault.

A counselor will assess the victim’s experience of social support, as this has been pointed to as the most helpful resource for decreasing lasting psychological distress (Borja, et.al., 1996).  They will also prepare the victim to look for bodily symptoms associated with trauma and grief: fatigue, sleep problems, pain, stomach problems, heart palpitations, chest pressure, backaches, panic attacks.  Sexual trauma “re-wires” the brain’s natural arousal pattern circuitry; this is best dealt with in regular on-going outpatient therapy.  A trained professional counselor will also prepare the victim to assess for symptoms of PTSD in the coming months.

Common symptoms that may occur in the future for adults

Common symptoms that may occur in the future for children

Therapists are called to be the healing bridge from unspeakable pain to hope.  The victim of sexual trauma has been forced to look evil in the eye, and their counselor will represent the first glimpse back to sanity in human form.  They are sensitive to listen, hear the pain, and point out the way to hope for the future.  To represent Christ, they must choose and be prepared to be a sanctuary for the hurting.

If you are in danger or need medical care, call 911. If you would like to schedule an appointment with a therapist for Trauma Therapy, call our office at (757) 827-7707 today.

Chopko, B. A. and Schwartz, R. C. (2009).  The relation between mindfulness and posttraumatic growth: A study of first responders to trauma-inducing incidents.  Journal of Mental Health Counseling, 31: 4, 363-376.