Tim came to therapy at 24 years old. He said he had recently completed his BA degree, and had engulfed himself in studies for 4 years. Upon graduation, Tim noted, “I entered an emotional tailspin.”  Tim reported being very depressed for several months, including thoughts of suicide.  Before entering therapy, he had been suicidal and was admitted to the psychiatric hospital for 3 days.

While hospitalized, Tim had recurring thoughts of when he was sexually abused from ages 5 to 7 by an older male extended relative.  Symptoms that Tim presented were depression, anxiety, sleep disturbance (both insomnia and nightmares), feeling “psychologically fragile,” and intrusive/disturbing thoughts of earlier sexual abuse.  Tim had suppressed the abuse memories until recently, when he had been experiencing self-disgust and shame related to unwanted feelings of “anger toward God”, self-loathing, and anguish.

While in therapy, Tim’s goals included“dealing with [his] past haunting memories,” experiencing true peace and redemption in the Biblical sense, and symptom reduction (such as never being hospitalized again.) In a case like Tim’s, self-discovery and anger needed to be addressed. Tim felt that guilt feelings related to the abuse were preventing him from pursuing his earlier goal of becoming an ordained minister. “The abuse has robbed me of my calling, and I’ve been held emotionally and spiritually hostage for years” were his feelings. Anger toward his abuser, his caregivers, and ultimately God had to be addressed for Tim to heal.

Bibliotherapy, such as reading “Hind’s Feet on High Places,” a book focused on growing from spiritual battle to peace can prove to be very helpful in treating trauma.  Utilizing Trauma Narrative can also be vastly beneficial.  Tim ended his narrative with a redemptive theme, stating, “What happened in my past, only drives me closer to God.” After one year of therapy, Tim reported that he was “holding on to forgiveness.”  He also experienced no panic attacks or depression, and began attending seminary.  He later married and never again felt the anguish at the level he did when he was 24 years old.

Supporting A Victim of Sexual Trauma

First, it is important to understand the immediate needs of a trauma victim.  Safety is of utmost importance, as is being believed.  It is necessary to convey to the client that being abused was not their fault, and help them regain a sense of control. Therapists typically help a victim of trauma through the stages of the healing process: shock/disarray, denial, blaming, pain/anguish/anger, and finally integration/acceptance. Although symptoms differ slightly between children and adult victims of sexual trauma, there are some similarities.

In addition to emotional symptoms, there are also neurobiological posttraumatic stress symptoms that manifest themselves in victims of sexual trauma.  These include alterations in emotional regulation, attention/consciousness, self-perception, and relationships with others.  Somatization of emotions and medical issues may also present themselves, along with alterations in systems of meaning (Eric Scalise, 2014; Christine Courtois, 2009).  When treating child survivors, typically one of three modalities of treatment is used. Trauma-Focused Cognitive Behavioral Therapy (TF-CBT), Expressive Therapies (Play Therapy), and Parent-Child Interaction Therapy (PCIT) are common therapies used to help children that are victims of sexual trauma. Research indicates that post traumatic growth may involve improved relationships, positive changes, a greater appreciation for life, and a greater sense of spiritual development (Tedeschi and Calhoun, 2004).

If you or someone you know is suffering from emotions due to childhood sexual abuse, please call our Genesis office today at (757) 827-7707 to set up an appointment and begin the healing process.  There is hope and healing available for you! 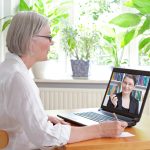